It's a Sad and Beautiful World 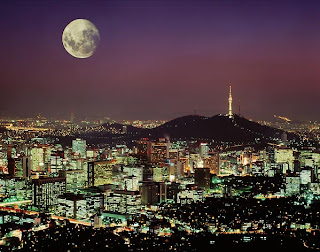 I named this blog a brilliant life for a reason. Well – we’re getting back to that. The brilliant life thing. It is a little too early for me to scream my proclamations from a mountain top but let it just be known that there are major effing changes on my horizon. And I feel better than ever, totally ready for the next thing and the next thing is something that nobody, including me has really seen coming. There are times in your life when you try so hard to make something happen (like leaving you country) and it just won’t budge, you just won’t budge. And then there are times in your life when the powers conspire to give you no other option than to leave your country. Hello World, here I come again.

~How I feel about Paris today~

I expect to one day, in my near future run into Paris’ open arms as a refuge from a very distant land. It’s all for Paris baby, all for Paris.
Posted by A Brilliant Life at 3:21 PM No comments: 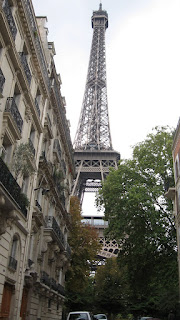 I have always likened Paris to a demanding, jealous woman
Of whose beauty one never tires.
Whose streets and alleyways are to be
Discovered over and over again.

Every interaction must begin with a bonjour and end in a merci.
This is of utmost importance
For Paris is polite and her
People are kind.
Paris is small but her possibilities are end-less.
The sun peaks through in rare moments.
The grey rests toujours,
Cold, hot, dry, wet –
All exists all the time.

In the morning I wake and run to the window in the bathroom,
Allowing the cold to rush in over my bare arms draped only in my nightgown.
I search through the mist, straining my eyes until they rest upon her.
That beautiful ornament in the skyline,
The Eiffel tower rests and greets me each morning like the smile of a trusted companion that has seen too many of my ups and downs to be fully comfortable with.
Like this I remember where I am
And recommence the day,
Trying to figure out
how to stay here forever.
Posted by A Brilliant Life at 7:49 PM No comments: