So...it's been a little while, only let's say 7 years! No biggie right? I am going to explain what happened in the rest of 2013. I would love to say that I am going to catch you up on the rest of the years in-between but I am not here to make any lofty promises. 2013 was a pivotal year for me. I divorced, I moved back into the heart of Casablanca into the Maarif, unbeknownst to me at the time, just a street away from my future husband. I started a company that sustained my family for the next 7 years and I grew and matured and changed.

My babies turned 4 in October of 2013. My heart was still so freshly broken into so many pieces that a party felt out of the question. Their paternal grandmother, "mami hajaa" they call her, made them this cake you see in the picture. It's her speciality birthday cake and it's as divine as any cake you can imagine, with moist large crumbs and homemade light and fluffy icing. I have asked her for the recipe numerous times and her response is that she is too old to write it down and I'll just have to watch her make it. I am not sure that is ever going to happen, but I'd like to think that it still can. So mami hajaa invited us over to blow out the candles. Before that I took them to our favorite Chinese restaurant in Casablanca, run by "Monsieur Phan". The girls ate in that restaurant from before they were born all the way up until they boarded a final plane away from the land of their birth and into the big adventure they are living now. His restaurant was Casa's if you know, you know secret. The best place to run into the strangest mixture of lost soul's all there for the same reason, because the Chinese food was damn good. 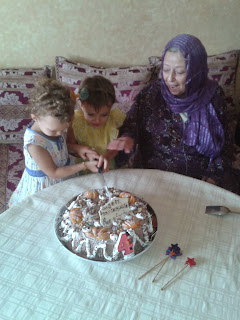 Just after their birthday I set off for the first time to visit Chefchaouen. Just me and the girls. We arrived the day before Eid Kbir and it was an absolutely joyous time to be there. There were burning sheep and discarded bits all over the street. The girls ran up and down the narrow alley ways, we sang and listened to the auberge host playing acoustic guitar and singing Spanish children's lullabies for the girls. The old men in their rough mountain djellabas tapped their canes hard against the stones to scare the girls when they though they were being unruly and I simply slept, ate, cried, and dreamed of a time when I'd feel whole again. I had already become deeply entangled in a rebound relationship that caused me more pure pain and heartbreak for the better part of the year to come. 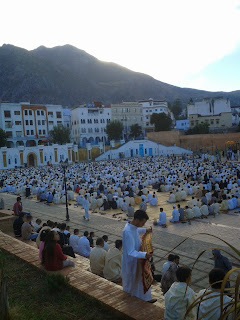 And Finally, on Tuesday December 31st of 2013 I cleaned out my desk and drove away from my job for the very last time. I was driving into the next decade of my life dedicated to learning how to become a woman that owns and operates a business. Learning how to become an employer, a business partner, a sales maestro, and...a realist! The feeling I had leaving my job and going to work full time for myself cannot be compared to any other feeling I have ever had. It felt like freedom. It felt like hope and I was SURE that I would make it. I didn't doubt that for a single second. I pulled over on the side of the road and took this picture on my way home so that I might always remember what I it looks like to quit your job, follow your dreams, and say goodbye to a truly horrendous year. Gee, I wonder if anyone else know what that feels like? 😉 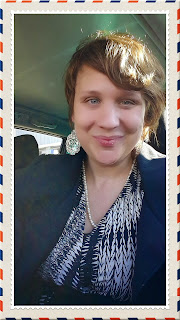 To keep this real... right after I took this picture...I arrived at my home, got in bed with a headache and chills, and got so sick I was convinced that I had swallowed glass shards. I stayed in bed all through new years eve and only got better with heavy antibiotics! I guess my body kind of crashed out on me.
Posted by A Brilliant Life at 10:43 PM No comments: